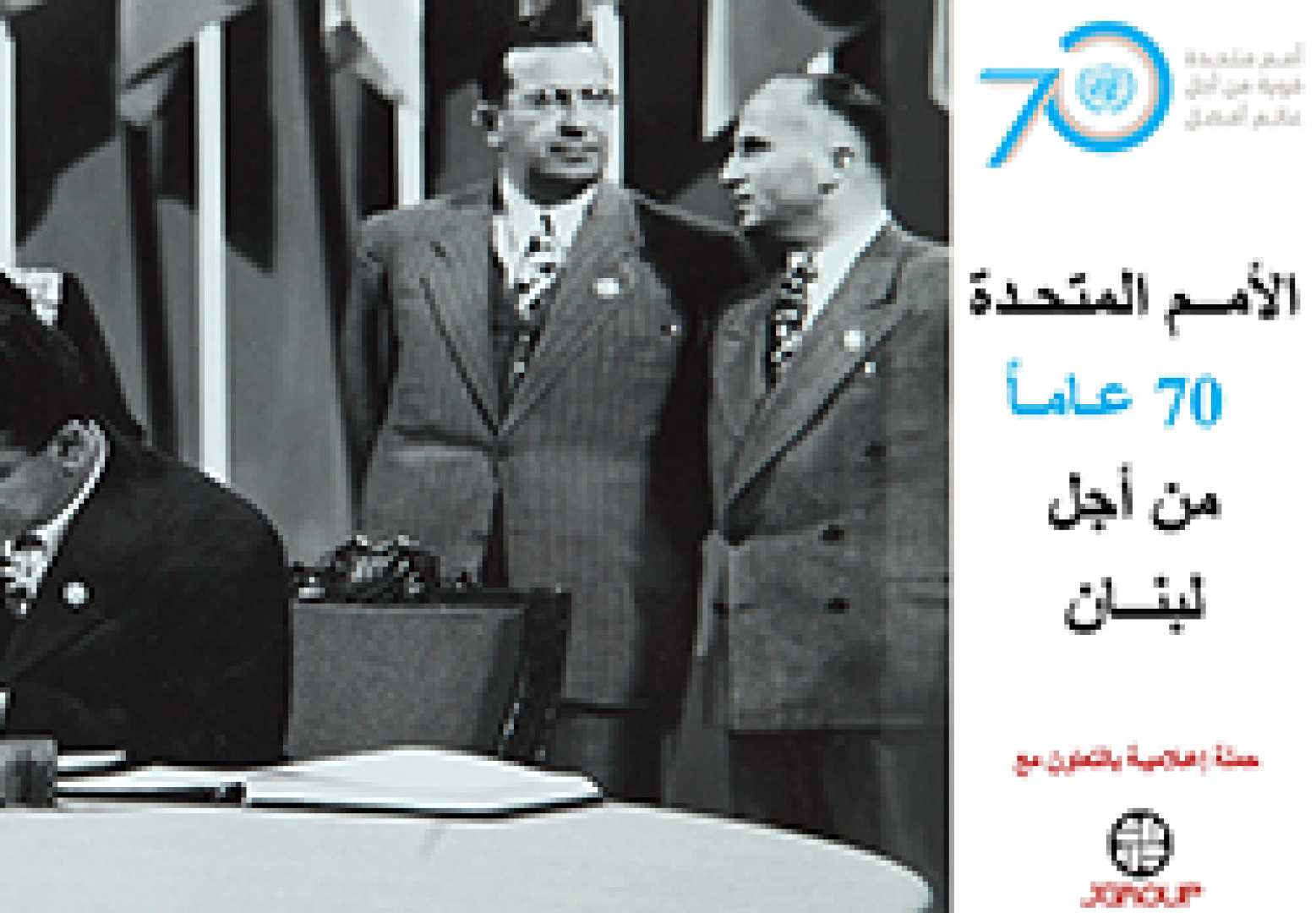 Beirut, 20 August 2015 -- The United Nations in Lebanon and JGROUP launched today a media campaign to celebrate the UN 70th anniversary. Under the slogan "UN 70 years for Lebanon" - and for a period of 70 days - the UN will benefit from wide exposure provided by JGROUP, including ads on LED screens and state-of-art magazines, as well as TV and Radio spots, to highlight Lebanon’s contribution to the UN and the organization’s achievements in Lebanon.

Lebanon is one of the founding members of the UN and has contributed to the birth of the Declaration of Human Rights. Similarly, the UN has always led innovative programmes supporting men, women, children and youth in Lebanon to restore peace, achieve prosperity, and build the country they look up to.

The UN System in Lebanon highly appreciates JGROUP’s support and contribution to the UN 70th anniversary. This partnership represents a typical model of cooperation that helps the organization reflect and better promote the values of peace, human rights and sustainable development.

With 25 agencies working in various sectors, including peace and security, socio-economic development, human rights and others, Lebanon is amongst the top countries with extensive UN presence. The campaign will help portray major achievements by the UN in Lebanon, and aims at establishing a framework for interaction among UN agencies and the different segments of the Lebanese population. It will culminate in a major event at Biel, downtown Beirut on Wednesday 21 October, 2015.