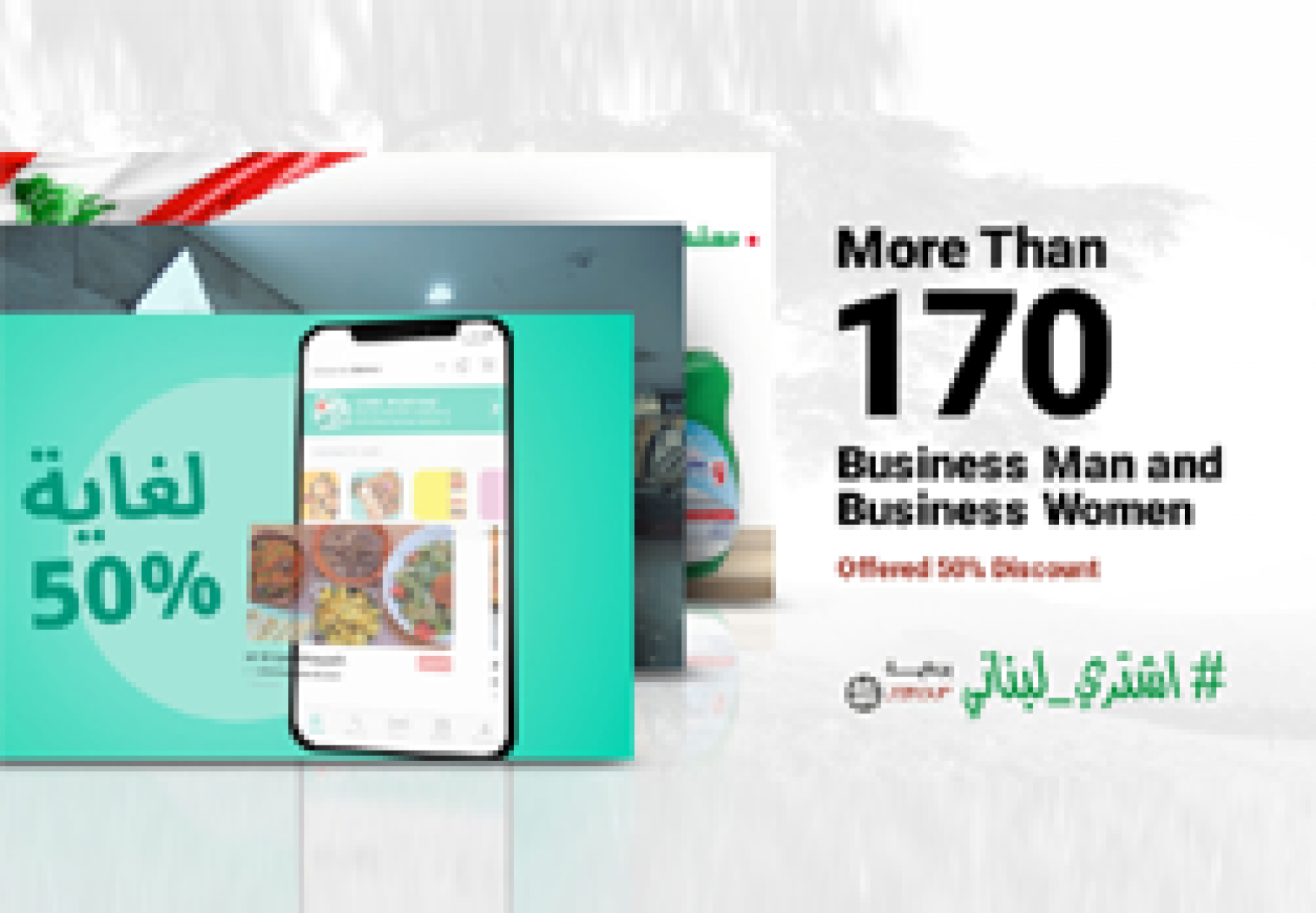 “Eshtari Lebnene” initiative to support the national economy, that was announced earlier by JGroup, has received a great response from local institutions and organizations. More than 170 companies have reduced their prices by 50%.

JGroup's national appeal has resonated positively, and has prompted many Lebanese companies, businessmen and businesswomen to reserve a place in the campaign to stop any collapse that could threaten Lebanon's economy and its productive sectors.

Not to forget that JGroup had already declared that “our Economy is a common responsibility, and we shall hold tight to it”, this was demonstrated by announcing free advertising support for Lebanese products, brands or businesses, who set 50% discounts on their local products or services. This campaign included ads on several means: Al Jadeed TV Channel, Promomedia led billboards, and Promofix advertisements on Snapchat, Al Jadeed and Lebanon 24 websites.

In the context of supporting the Lebanese economy, this initiative is not JGroup’s first. The chairman of JGroup, Mr. Imad Jomaa, its general manager and Jomaa’s vice president, Mr. Patrick Haber, and Promofix’s general manager, Mr. Alain David, are all compiled on the importance of such individual moves to stand by all sectors and people. Such decisions are consistent with their conviction that we are all responsible for this country’s future.